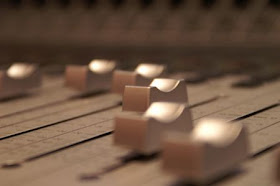 Many inexperienced mixers tend to overlook any effects placed on a track as something they can get creative with during a mix and keep the settings static as a result. As most experienced mixers know, adjusting the effects to fit the track is every bit as important to the mix as the individual recorded tracks. Here's a list of 10 tips to help with your effects layering, taken from The Audio Mixing Bootcamp and Mixing Engineer's Handbook.

2. Shorter reverbs (less than 1 second) and shorter delays (less than 100 ms) makes the sound bigger.
3. If delays are timed to the tempo of the track, they add depth without being noticeable.

4. If delays are not timed to the track, they stick out.

5. Reverbs work better if their predelay and decay time are timed to the tempo of the track.

6. Layer reverbs by frequency with the longest being the brightest and the shortest a being the darkest, or vice-versa.

7. Return the reverb in mono and pan accordingly. All reverbs needn’t be returned in stereo.

8. Make things sound big with reverbs and get the depth from delays, or vice versa.

9. Use a bit of the longest reverb on all major elements of the track to tie all the environments together.

10. EQ your effects to make them fit in the track better by rolling off the highs and lows, and/or scooping out the mids in the 2kHz range.

Keep these tips in mind during your next mix and see how much better your mix sounds.

Don't forget to check out my Music 3.0 blog for tips and tricks on navigating social media and the new music business.
Bobby Owsinski at 9:30 PM
Share